Can driving on low fuel with the petrol light on damage your car? 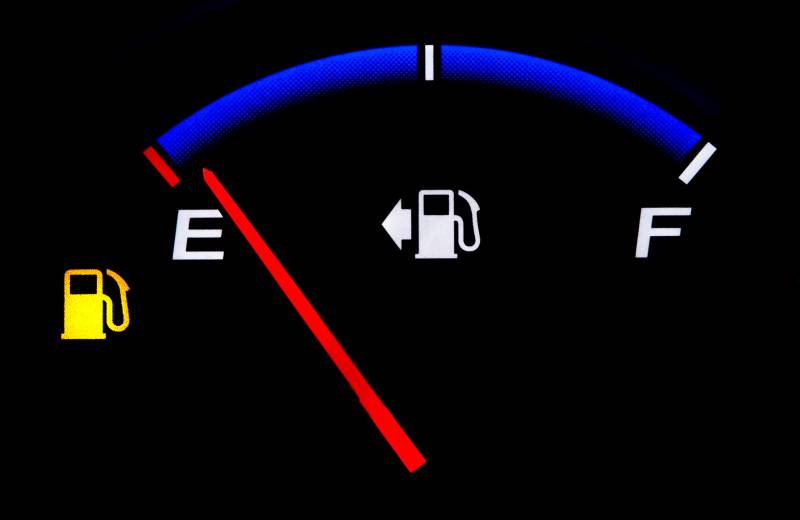 When you started driving, someone (most likely your dad) probably told you that you should never let your fuel gauge fall below a quarter full. There’s also a good chance you fell out of this habit once you got to know your car and thought, “I can make it to payday / the next cheaper service station before filling up” after the low fuel warning light came on.

The logic behind this often-voiced warning is that any dirt and crud in the fuel will settle to the bottom of the tank, meaning that when it’s allowed to get close to empty, the dirt is at risk of clogging the fuel pump.

You’re not in the all-clear though if you are one of those who let the tank run empty. Because fuel acts like a coolant for the pump, letting it run empty can lead to the pump overheating and wearing out prematurely. This is a repair far more costly than a few dollars of petrol.

The other thing you need to consider is the fact that your fuel gauge may not be entirely accurate. Don’t risk getting stranded on the roadside with an empty tank because your gauge said you still have 80km left in the tank. A great habit to get into is filling up regularly even when the tank isn’t low on fuel. Start with a full tank, and fill it up when you get to half or two thirds. This way, each refill won’t be so expensive, and you’re not risking running out.

If getting the best price for petrol is on your mind, have a look at what apps are available for your phone to tell you where you can find the lowest price in your area. This not only saves time, but also the fuel you’d consume driving from one service station to the next!

The main message to take away from this is that while your dad’s advice may not have been entirely accurate, it’s definitely prudent to keep your fuel tank topped up

Until next time, safe driving!